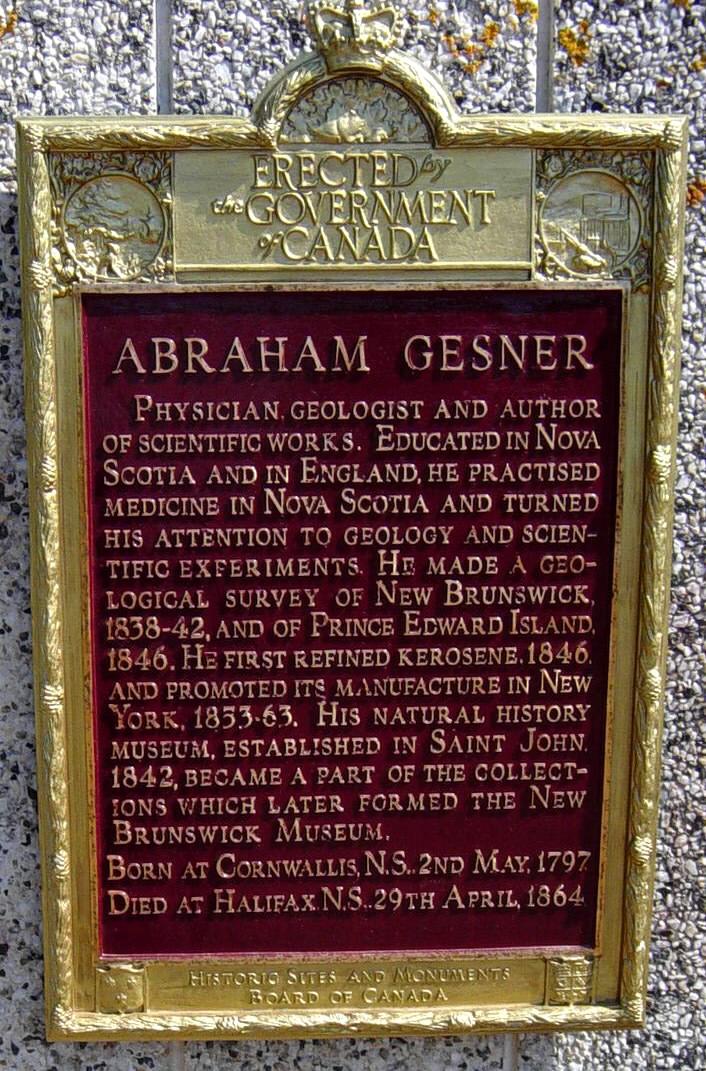 In 1849, Gesner devised a method to distill kerosene from petroleum

In 1846 there were 735 ships in the whaling fleet.
Thirty years later, in 1876, the fleet was down to 39 ships.
Kerosene had taken over the whale oil market.

How Capitalism Saved the Whales

It is an article of faith among environmentalists that the ills of the world can be traced to economic and technological development, especially since the industrial revolution.  The changes that took place in the late 18th and early 19th centuries, such as harnessing new sources of energy (moving from water to coal power, for example), the development of the factory system, and the human population explosion, they say, led directly to the current problems with waste disposal, air and water pollution, overcrowding, and misused resources, not to mention global warming, ozone depletion, acid rain, and other highly speculative developments.

Fixation on doomsaying can cause environmentalists to forget that the negative consequences of industrialization are minute compared to the positive developments of the industrial age.  People are healthier, live longer, and are more productive than ever before in history.  But defenders of industrialism can go even further to show that in many cases technological progress has benefited the environment.  This is vividly demonstrated in the case of one of the most emotion-laden symbols of environmentalism, the whales.

At the dawn of the industrial age, whales were an important natural resource which humans had been exploiting for centuries.  Whales were especially valued for their oil, which was used primarily as fuel for lamps.  It was also used for heating, for lubrication, soap, paint and varnish manufacturing, and the processing of textiles and rope.  The Japanese among others had long ago acquired a taste for whale meat.  Regular whale oil (“train oil”) was extracted from the blubber which encased the whale’s body.  But the best oil was spermaceti, found only in the nose of the sperm whale.  If exposed to air it would congeal, and was used for smokeless candles, regarded as the finest quality candles ever made.

The sperm whale also sometimes produced ambergris, a sticky substance from the intestines used in the manufacture of perfume.  Baleen, the bony, plankton-straining ribs in the mouths of most whales (excepting the sperm whale), was lightweight and had good tensile qualities.  It was used for a variety of things, including corset stays, umbrella ribs, fishing rods, buggy whips, carriage springs, and skirt hoops.  Bones from the body were generally used as fertilizer.

Though large, whaling was not a robust industry.  Even with rising prices, profit margins were always slim, and one in ten ships typically lost money on a voyage.  In 1858, a very poor year, 64 percent failed to make a profit.  But whalers could always count on an increasing demand for their products, as populations grew and markets expanded accordingly.  Had the whaling industry matched the 300 per cent population growth from 1850 to 1900, many species of whale would have been extinct long ago.

The Role of Technology in Saving the Whales

The first step that led to saving the whales was made by Dr. Abraham Gesner, a Canadian geologist.  In 1849, he devised a method whereby kerosene could be distilled from petroleum.  Petroleum had previously been considered either a nuisance, or a miracle cure (an idea originating with Native Americans).

Earlier coal-gas methods had been used for lighting since the 1820s, but they were prohibitively expensive.  Gesner’s kerosene was cheap, easy to produce, could be burned in existing lamps, and did not produce an offensive odor as did most whale oil.  It could be stored indefinitely, unlike whale oil, which would eventually spoil.  The American petroleum boom began in the 1850s.  By the end of the decade there were thirty kerosene plants operating in the United States.  The cheaper, more efficient fuel began to drive whale oil out of the market.

The man most responsible for the commercial success of kerosene was John D. Rockefeller.  In 1865, at the age of 25, he went into partnership with Samuel Andrews, the part-owner of a Cleveland refinery.  Rockefeller had sensed that too much capital was being invested in finding and extracting oil, and not enough was being invested in its processing.  Backed by investors, he set up a network of kerosene distilleries which would later develop into Standard Oil.

Rockefeller, too, would eventually find himself having to adapt to the changing market.  A new invention soon snuffed out both flame-based lighting systems.  In 1879 Thomas A. Edison began marketing the incandescent light bulb he had invented the previous year.  Electric arc-light technologies had existed since the turn of the century, but it was Edison who devised the modern, commercially feasible electric light bulb, which produced an even light, burned longer and brighter than oil or kerosene, and was much safer than an open flame.  As the country was electrified, whale oil and kerosene were both driven from the illumination market.

American whaling might have expired then, but for the vagaries of fashion.  The peripheral market in baleen and whalebone suddenly exploded as more women began to wear corsets, bustles, and other garments that relied for their shape upon the pliant material.  From 32 cents per pound [71 cents per kilogram] in 1870, whalebone rose to $1.12 per pound [$2.47 per kilogram] in 1875, and $3.25 [$7.17] in 1878, reaching $5.00 [$11.00] at the turn of the century.  Whalebone constituted 80 percent of the value of a bowhead — sperm whales were given a respite because of their lack of baleen.  But by 1908, this market crashed as well.  Spring steel replaced whalebone in women’s fashions, and as automobiles supplanted horse-drawn carriages, demand for whalebone buggy whips and wagon suspensions collapsed.  A few American whalers stayed in business, but their time had passed.  The last American whaler left port in 1924, and grounded on Cuttyhunk Island the next day.

Stopping technology in its tracks in the 1850s would have doomed the whales.  But suppose whaling had been outlawed then, as it is now?  The immediate effect would have been a dramatic decline in quality of life.  Would kerosene and electric lamps have come on the scene any faster, in reaction to the sudden surge in demand for substitutes?  Maybe — but at the cost of the spirit of innovation which brought the inventions on the scene in the first place.  A government which can squelch one endeavor, such as whaling, can outlaw any enterprise.  The unpredictability and capriciousness of the state is the true enemy of innovation.  Gesner, Rockefeller and Edison had no intention of saving the whales.  Their primary motivation was to make a profit.  If the government fosters an atmosphere in which innovation and profit making potential are subject to whims of bureaucrats, lawyers and politicians, and not based in the abilities of creative people to find innovative solutions to public needs, innovators will not set their minds to the task, and no state whip can force them to do so.  In its time, killing whales was rational, goaloriented activity, fulfilling human needs.  It was not “mindless slaughter” for fun or sport.  And the decline of whaling was also rational; human needs remained, even increased-but human ingenuity had found better ways to meet those needs.  The whale industry declined — not because of concern for the whales, not because of legislation, but because they were no longer a necessary resource.

The whales were not the only beneficiaries of the technological advancements of the 19th century.  The Galapagos tortoise was driven almost to extinction because the islands were in the center of a major whaling area, and sailors killed the tortoises for fresh meat.  In northern climes, whalers sometimes killed blubber-rich arctic seals to augment their oil stores.  Both of these animals were saved by the decline of whaling.  Oil-drilling in Pennsylvania restored many lakes which had been contaminated by natural petroleum leaks.  These were all unintended consequences; but the fact that technological development under capitalism manages to produce such consequences consistently argues in favor of the system.

Humans are problem solvers, and the human mind should not be prevented from doing what only it can do.  Creative solutions are superior to state restrictions because they strike at the causes of problems, not their effects.  Furthermore, just as creative action produces unintentional positive consequences, restricting innovation multiplies negative effects.  No one, especially government agencies or neo-Luddites, can anticipate the indirect or unintended favorable consequences of technological innovation.  This is why Abraham Gesner, John D. Rockefeller and Thomas Edison saved more whales than Green Peace ever will.

Despite the extinction of American whaling, the whales were not yet safe.  The whaling mantle passed to other countries, notably Norway, Japan, and the Soviet Union.  Critics of technological development can point to other inventions which kept whaling on the margins of profitability, notably the rocket harpoon, and the harpoon cannon.  The process of hydrogenation gave whale oil new markets in soap and margarine.  A by-product of whale oil is glycerine, used in manufacturing explosives, and the two World Wars guaranteed a market.  The Japanese took increasing numbers of whales for food, and the Soviets used them for animal fodder and fertilizer.  By the middle of the 20th century whaling had revived.

The second cycle of whaling was more destructive than the first in absolute number; but it never equalled the per capita whale consumption of the previous century.  Had per-capita rates of the 1850s continued unabated, the total would have been three times that number in the American market alone.

The situation would have been worse for less numerous species.  In the first two decades of the 19th century, American whalers killed right whales at an average of almost 15,000 per year.  When whaling dropped off at the end of the century, there were only about 50,000 right whales left alive.